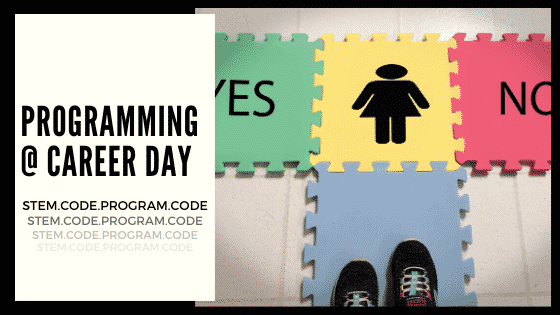 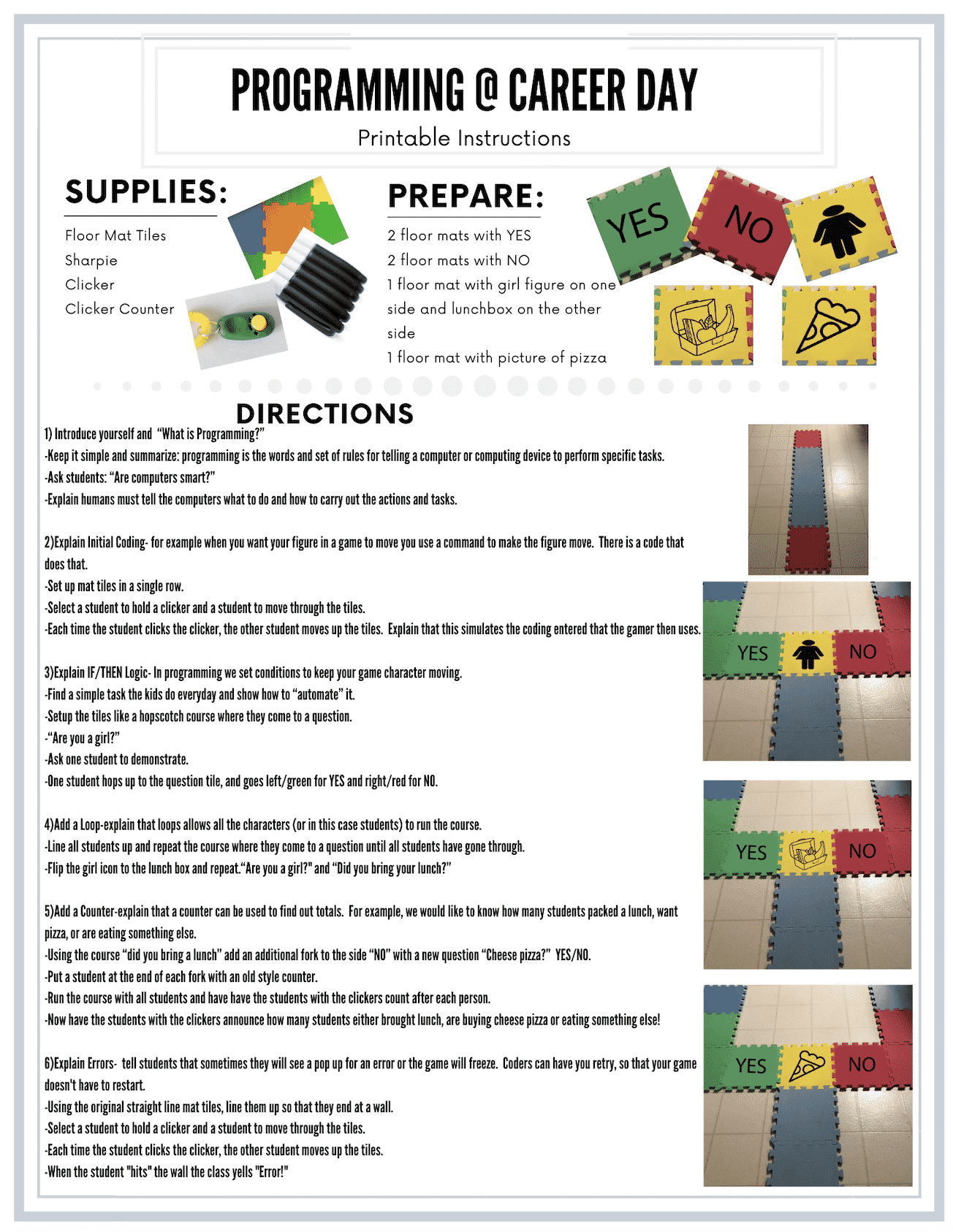 Career Day is a great time for students to gain a better understanding of the opportunities that await them in the future. Teachers around the globe invite parents and relatives to stop in to share how cool their job is in the hope of sparking some interest in a young mind. Being a web programmer, I didn’t immediately raise my hand to try and explain coding to a bunch of kindergartners when I received the first request. However, after the fifth email, I suspected they might be desperate and decided to give it a try. I knew my daughter would enjoy seeing me in the classroom and the audience would be easy to please. If It didn’t go well, I could play a game or offer a treat. Kindergartners like treats, right?

Most programmers will spend their time sitting in front of a computer, and I knew this visit would have to be more exciting than the kids just sitting. I didn’t suspect I’d spark much interest with that. So, I decided to introduce programming in a way that would allow the kids to move while learning. After a brief introduction about myself and my role at work, I created an activity that would not only involve the kids but explain the programming process on their level. That foundation was set, now the tricky part- logic. Logic is a dreaded topic that often frustrates adults let alone children that have just acquired the skills to read. In programming language we use logic in the form of if/then statements, counters, loops, and errors.

I imagined discussing logic would eventually cause blank stares, so I realized it was time to take this STEM lesson up a notch with a physical demonstration. Most students are familiar with playing a game on a tablet or phone, and this demonstration was a simpler version. I designed a logic “flow” using colored children’s mats and then introduced logic and loops.

I took the programming design a step further and introduced counters and errors. At the end of each fork, I had one student count each time another student chose a particular answer using a handheld counter. Then, at the end of the loop, I had the student who was holding the counter announce how many students brought their lunch and how many students are buying their lunch.

Here’s everything you need to confidently show off your coding or programming career. 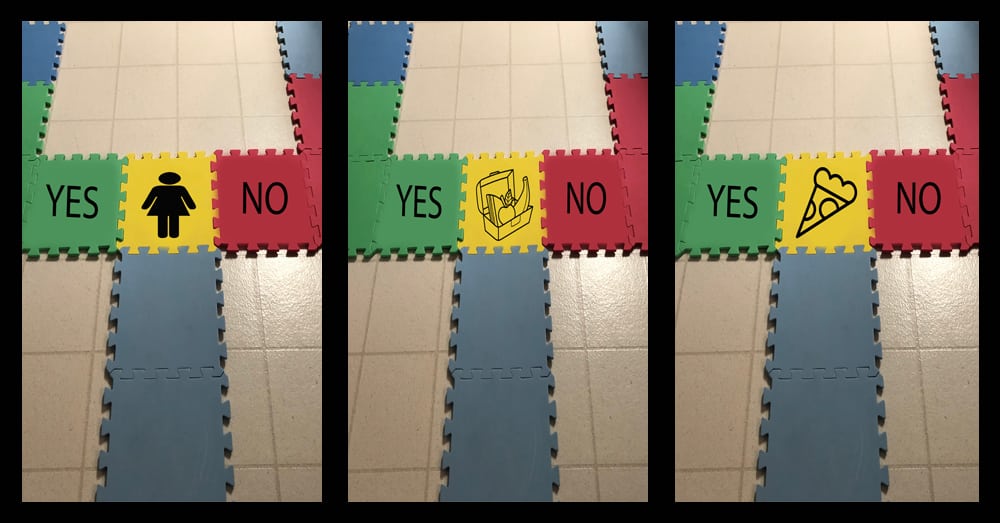 All in all, everything worked well.  The kids were very involved and loved the interaction and demonstration.  The next time you are asked to talk about coding and programming at Career Day,  don’t despair, this activity will help you confidently go into that elementary classroom like a rock star.

Here is a printer friendly version: 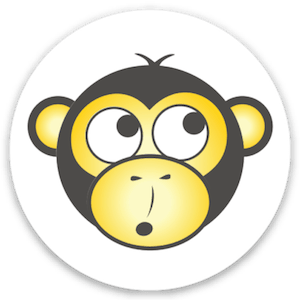 YellowWebMonkey Web design offers reliable website design, SEO and digital marketing services for Joomla, WordPress and Shopify sites. We strive to be a one-stop shop for all your web needs. 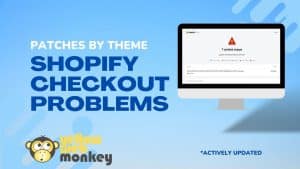 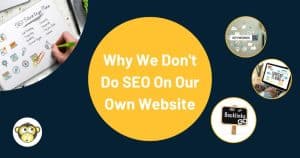 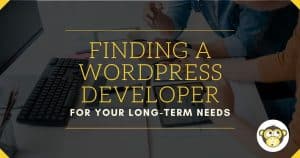